Burning speed camera in the UK... Long before the french, the brits have enjoyed having speed cameras by the side of their roads. Those speed cameras, known as Gatsos, suffer now and then from motorists' wrath... Check out the results!

Some comments before we continue! The british speed cameras have always had that ghastly look, small box atop a pole. Those boxes really are small, wonder how effective they must have been, especially in the 90s?
French speed cameras are in way technical marvels, very effective. It seems both the british and french cameras have attracted a number of negative or destructive behaviour towards them. Photos below are proof to that.

A care tire (or tyre for the brits? sorry i will continue with tire) is placed against the speed camera main component. A soda bottle can be seen inside the tire, and so we can suppose that gas / petrol is inside the bottle, and probably inside the tire as well (via a small hole in the bottle cap maybe? Allowing gas to leak). 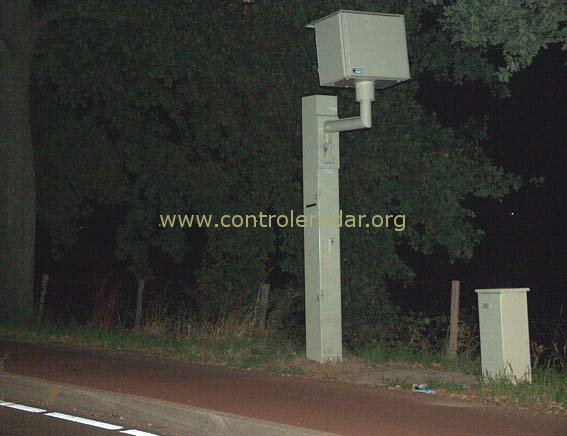 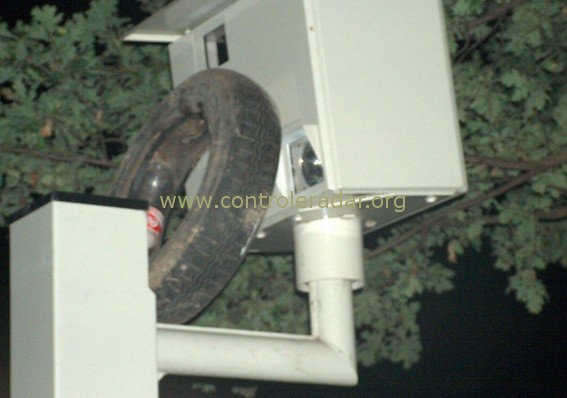 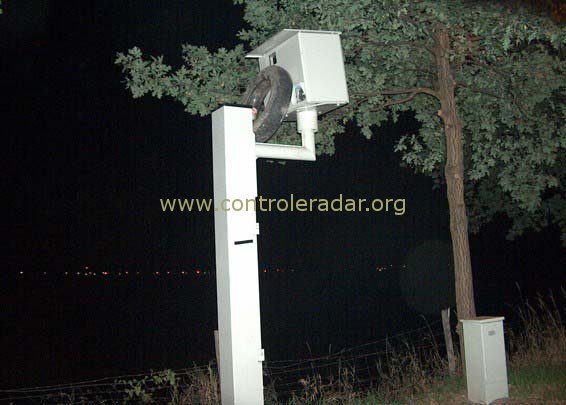 The speed camera is dying

Alighting that tire / gas / petrol mix must have been a risky operation. A match thrown in? However they did it, the gas was set aflame, and everything started burning. Gas, tire, speed camera box. 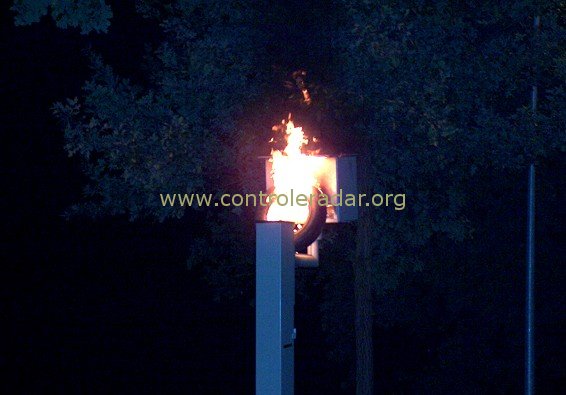 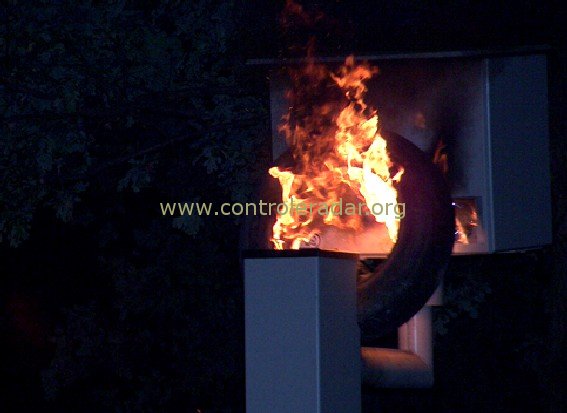 The speed camera is no more

A tire takes a while to burn, so the inside of the speed camera trap / box must have been fully cooked... to destruction. Utter destruction. 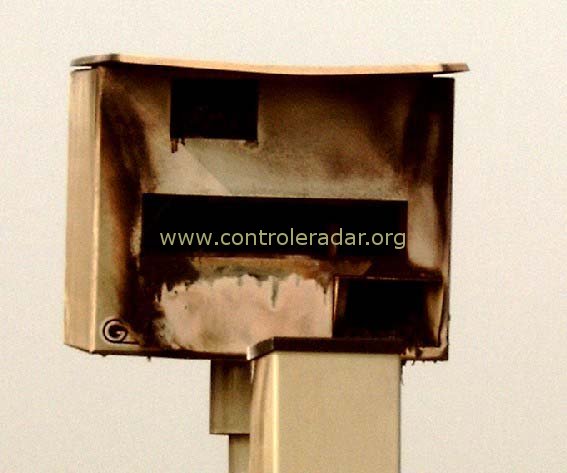 Destroying speed cameras is punishable by law. Pictures and images are used for illustration purposes only.